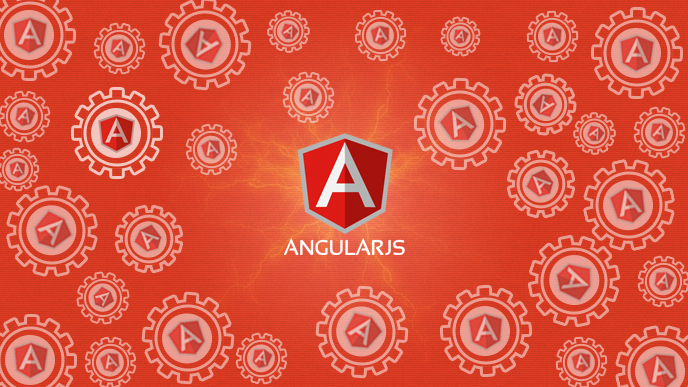 Advantages of Using AngularJS for App Development, which is mainly maintained by Google and by a community of individuals and corporations, is based on JavaScript – an open source front-end web application framework and is. It is commonly known to as “Angular.js” or “AngularJS 1.X“. The JavaScript components complement Apache Cordova, which is the framework used for developing cross-platform mobile apps.The working of AngularJS framework: – first reads the HTML page, which has embedded into it additional custom tag attributes. Angular elucidate those attributes as directives for binding input or output parts of the page to a model that is represented by standard JavaScript variables. The values can be retrieved from static or dynamic JSON resources or can be manually set within the code, of those JavaScript variables. AngularJS is used on the websites of ABC News, NBC, Walgreens , Alpha Sprint, Intel, Wolfram. AngularJS is the 10th most starred project of all time on GitHub.AngularJS is the frontend portion, which contains Express.js web application server framework, MongoDB database Angular.js itself, and Node.js server runtime environment.

AngularJS handles all of the DOM and AJAX code that you have once written by hand and puts it in a well-defined structure. This makes AngularJS pontificial about how a CRUD (Create, Read, Update, Delete) application should be built. But while it is pontificial, it also tries to make sure that its opinion is just a starting point you can easily change. AngularJS comes with the following out-of-the-box:

AngularJS simplifies development of application by introducing a higher level of abstraction to the developer. In other words, not every app is a good fit for AngularJS. AngularJS was built with the CRUD application and the CRUD applications represent the majority of web applications.The examples of applications with intensive and tricky DOM manipulation are Games and GUI editors. These apps are different from CRUD apps, and as a result are probably not a good fit for AngularJS. In these cases it will be better to use a library which has lower level of abstraction, such as jQuery.

The Zen of AngularJS

When it comes to building UIs and wiring software components together, it is believed that declarative code is better than imperative while imperative code is excellent for expressing business logic.

AngularJS frees you from the following pains:

Why AngularJS?HTML detains when we try to use it for declaring dynamic views in web-applications. So for your application, AngularJS lets you extend HTML lexicon. The resulting domain is remarkably expressive, readable, and quick to develop.

Other frameworks deals with HTML defects by either extracting away HTML, CSS, and/or JavaScript or by providing a crucial way for manipulating the DOM. Neither of these addresses the root problem that HTML was not designed for dynamic views.

For building the framework most suited to your application development, AngularJS is a toolset. It is fully extensible. To suit your unique development workflow and feature needs, every feature can be modified or replaced. Read on to find out how.Angular 2

In Angular 2, say goodbye to ng-app. The only way to bootstrap angular is via code:

The bootstrap function is used and it takes starting component which is also parent component of your angular application.

One of the advantages of Angular is Dependency Injection. With Angular 2, DI is there but now there is a different way to inject dependencies. As in Angular everything is ‘class’, so DI is achieving via constructors.

In Angular 1.x, we use $routeProvider.when() to configuring routing. Where in Angular 2, @RouteConfig{(…}) is used. ng-view present in Angular 1.x is replaced with <router-outlet>

AngularJS provides faster and easier data binding which doesn’t require a developer to intercede at all. It ensures that changes made to view are instantly displayed in the model and vice-versa, referred to as two-way data binding.

Angular conveniently mitigates the developer of actively operating DOM (Document Object Model), unlike other popular JavaScript frameworks and this is due to its two-way data binding approach. It means that the developer saves time and efforts to code, translate and update the DOM elements.

Angular reduces burden from server CPUs, as it supports caching and many other processes. It means that the server performs extremely well thanks to reduced traffic and because it only serves static files and responds to the API calls.

Thanks to the existence of frameworks like Angular, because rapid prototyping is indeed a buzzword. You can develop app prototypes with good functionality in no time and by writing significantly less code, you can obtain feedback and make changes without getting annoyed.

The most desirable work is arranging a formidable end-user experience. AngularJS makes it possible by fast-loading, letting responsive and smoothly and continuously navigating websites and apps.

One of the unrevealed feature of Angular is that it builds highly testable websites and applications. By allowing unit testing and end-to-end testing, makes testing and debugging much simpler. Various components are isolated and mocked due to Dependency injections. Other unique testing tools that the framework offers are Protractor, Jasmine and Karma.

AngularJS implements Model-View–Controller and Model-View-View model architectural patterns. This lays strong foundations for application performance. With these divisions, the data is separated from design and visual representation. This is done to make even complex web applications easy to manage.

The use of directives that keep the scripts and HTMP pages mess-free and extremely organized in Angular. These allow to create independent codes by jamming together specific functions and using them repeatedly. The framework also allows developers to create custom directives, apart from a set of pre-defined directives.

The AngularJS uses plain HTMP templates is another amazing aspect. The templates are passed to the compiler as DOM elements and not as strings and due to this particular advantage ensures better workflow. Furthermore, it allows for the templates to be easily operated, extended and reusable.

You can get familiar with AngularJS in no time, if you are a fast learner. And once you are fully comfortable working with it, you will see that your development efforts and time spent dealing with it will decline.

Imagine if your server is being accessed by computers and laptops but their support for JavaScript is disabled. The associated users won’t be able to access your website or web apps. If there are number of such users, than you can expect your AngularJS-based web properties to be less useful. However, this does not happen with plain HTML-based web.

Using Angular can be extremely time-consuming, if you are a developer who follows the traditional approach and are completely unknown with the MVC architectural patterns. This might not be the right way to go, In case you have strict deadlines to meet. However there could be a solution to hire some expert if you wish to unlock the framework’s benefits.

If it is your first experience with Angular than layered and arranged hierarchically, scopes can be complex entities to handle. Debugging the scopes could be one of the most difficult tasks.

Directives are difficult to use. In addition, for the more traditional developers, many AngularJS features like dependency injections and factories can be problematic.

The browser may take time to render pages of websites and applications designed using the framework because of the browsers being overloaded to perform additional tasks like DOM manipulation. However, limitation to this drawback is only to the old computers and devices. The modern ones, especially the mobile devices, don’t find it challenging at all.

You may have to face great difficulty in getting adapted to the framework, rather than following a straight learning graph. Furthermore, the limited documentation available may further affect the learning process. However, it is being easier due to the day-by-day extending community.Proficient AngularJS developers consider these as minor hiccups as they openly advocate its exciting cons.Following are the ways that shows, AngularJS differ from other JavaScript framework:

Here is a list of the most famous companies that have created their websites using Angular:

It quickly became one of the primary choices of web developers, by providing various features. It is a fast growing Javascript framework and offers the resources for creating highly professional websites. It is becoming the framework that is more commonly used, and more renowned websites are trusting AngularJS development companies to create professional, easy to use and intuitive internet sites. The percentage of websites using AngularJS is steadily growing, moreover, it’s the first among its competitors that are used by high traffic websites. Most probably your search engine, bank, payroll, video streaming service, airline, apparel line, space-agency, and automakers have all bet on AngularJS.

We are leading AngularJS development company, Our professional AngularJS developers have adequate experience in customizing the web apps with balancing the easy to use and seamless performance.